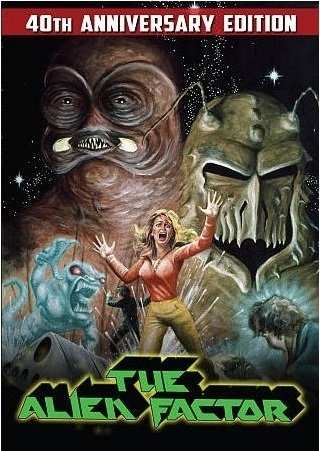 The Alien Factor
The Baltimore Science Fiction Society will screen The Alien Factor this Saturday on the 40th anniversary of its commercial release. This 1978 Baltimore Epic has been remastered to Blue-Ray for an enhanced viewing experience. Some of the original cast will be in attendance including Greg Dohler, the son of the producer/director (Greg also appeared in the film as one of the child actors).

The STAT Club of Maryland is a club for Science Fiction fans in the Towson area and beyond.